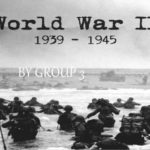 On Thursday 28th of March 2019, we were very fortunate to have Pauline Tilson from Monaghan County Museum visit our school to give a talk about World War II. The children learned lots about evacuees and what their lives entailed. They watched a video of a man telling his story as an evacuee. They looked at a suitcase containing items that evacuees would have had when they were forced to leave their homes. They also learned about rationing and what things people would have been allowed during war times. The children also made their own name tags, like the ones worn by evacuees and they imagined they were an evacuee and wrote a letter home to their families. The children found the visit informative and enjoyable.  A huge thank you to Pauline for her time!

We were very fortunate to have Pauline back to visit us again on Monday 21st  May 2019. This time around, we learned about different types of transport people used around the time of World War II. We learned about the different types of bicycles and cars from the past and about the Great Northern Railway that was in operation a that time. The children got the chance to examine photographic evidence as well as the opportunity to handle some artefacts from that period.

Pauline joined us for her final visit (Monday 27th May 2019). She spoke to the pupils from 1st to 6th class on communication during World War II. The pupils learned about the most common forms of communication at the time, including, letters, telegrams, newspapers and television. The children examined evidence of different communication forms from the past and compared them with the modern form they are familiar with today. Once again, thanks to Pauline for spending time with us and informing us about lots of interesting facts surrounding World War II!